Below you will find a thorough timeline that chronicles the important events in the history of Sam, Jeff, and the Shipley & Halmos brand. 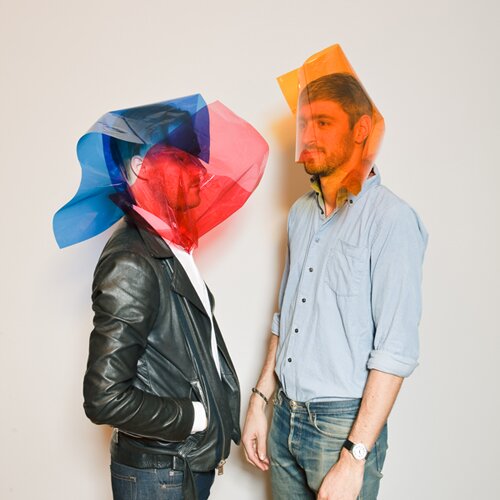 1979 - Both Sam and Jeff were born within 1 week of each other late in an otherwise normal year. Closeness in birthdays has proven to be very beneficial, especially for the creation of birthday party invitations. For example: 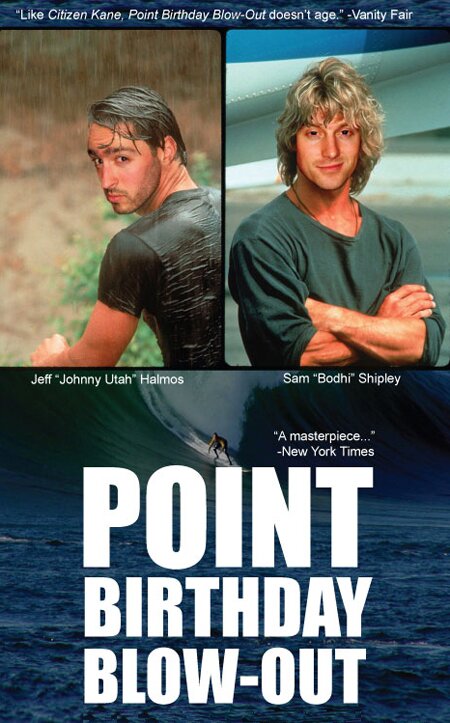 1979 - 1997 - The next 18 years were full of learning, braces, acne, girlfriends, strings of no girlfriends, popularity, loss of popularity, SATs, sports, junk food, water balloon launching, snowball ambushing, and a typical teenage desire to be different.

Fall 1998 - Sam and Jeff met as freshmen at the University of Colorado at Boulder where they studied fine art and finance, respectively. Jeff is still jealous Sam got a chance to actually pet Ralphie, the giant buffalo mascot for the CU football team. 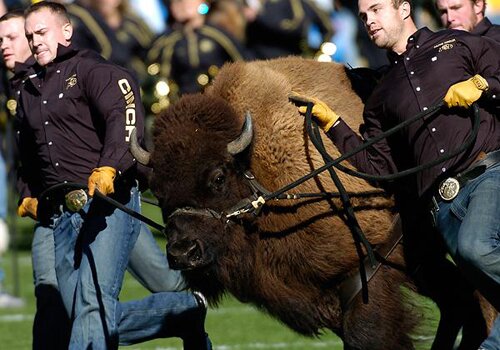 Spring 2002 - Along with two other friends, Sam and Jeff co-founded Trovata while still in college. They worked on the brand until the end of 2006. During that time, they were mapping out their favorite Mexican food spots in S. California, and deeply miss each and every one of them. Such affection is certainly not satiated in their current home, as anyone who resides there will tell you, “New York just can’t make a great burrito.”

January 2008 - The foundational Shipley & Halmos men’s collection hit stores. Sam and Jeff feel clothing should never be a disguise, but rather as a means to reflect honestly the character of the wearer. Trovata co-founder Josia Lamberto-Egan submits an essay titled Character to commemorate the launch of Shipley & Halmos.

September 2008 - Sam and Jeff acquire company mascots – two dogs named Roscoe and Pilot – to pee all over the studio, eat leftover garbage, and try to bite unsuspecting visitors and interns. 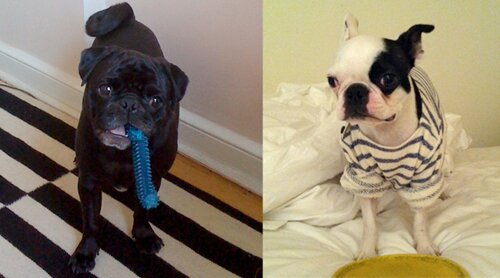 May 2009 - Global launch of collaboration with Japanese retailer Uniqlo on a women’s capsule collection.

September 2009 - To summon a deeper, séance-like level of inspiration, Sam and Jeff turned the lights off in the studio, gathered the staff in a circle, and played Child In Time on repeat for two hours straight.

February 2010 - Numerous Drawings blog goes live. The first sketch is of Jeff’s grandpa Jerry. Surely he would appreciate being in the same esteemed company as Nicki Minaj 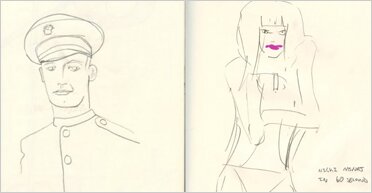 August 2010 - Sam and Jeff embarked on a cross-country road trip visiting Barneys stores and taking photographs. They met hundreds of wonderful people and logged more than 5,500 miles in 12 days. 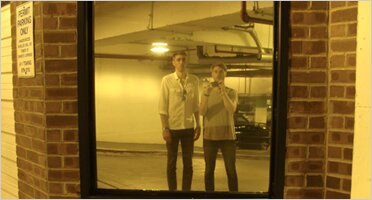 November 2010 - In order to express Sam and Jeff’s personal interests in art, music, film, and industrial design, Shipley & Halmos introduces a new company division called THINGS! These limited edition art materials, games, and other products reflect the same function, wit, and integrity of design that characterizes the brand’s clothing. An online store is launched to house these products and make them available for purchase.

January 2011 - Inspired by their love for graphic design and printed matter, Sam and Jeff introduce S&H Publishers. Intended to explore printed creativity in fun, unusual, and distinctive ways, S&H Publishers releases a variety of independently published books, zines, posters, and journals. The first two titles from the division are We’re An American _______ and a Moleskine notebook for Numerous Drawings.

July 2011 - S&H HQ is expanding with the opening of our new wholesale showroom. It’s located upstairs from our design studio. We now occupy 33% of the building. And you thought Ralph Lauren’s Upper East Side block was baller? 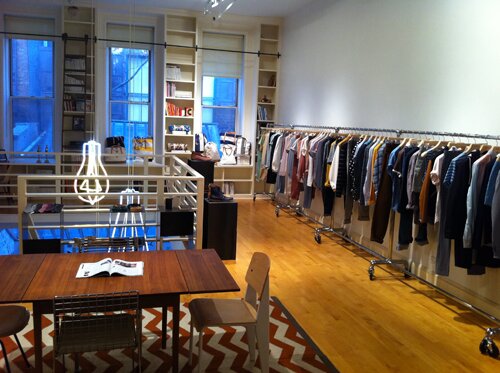 August 2011 - The release of our first footwear line. Timed along with the launch, we created an e-commerce site so customers can shop the complete assortment of S&H apparel, footwear, and accessories, as well as releases from S&H Publishers and THINGS!. If you’ve made it to the page you’re currently on, chances are you’ve been to our e-store. If not, click here.

October 2011 - Because we know all guys have to dress in black tie every-so-often, S&H debuts formalwear at Barneys New York. The line includes a black tux with silk trim, clean white dress shirt, and black bow tie. Go ahead, channel your inner Bond.

December 2011 - During the first annual “9 Days of Things!”, S&H releases two limited edition collaborative projects. The first, “Colorado & Florida” , is a unisex fragrance with Brooklyn-based perfumer DS & Durga inspired by Sam and Jeff’s memories of childhood. Second, S&H partnered with Chocolate Editions on a run of Neapolitan chocolate bars with one-of-a-kind wrappers and a hidden “golden ticket” inside one bar. Who doesn’t like smelling nice and eating tasty stuff.

February 2012 - S&P Publishers releases a hardcover book of Aaron Stern’s music-themed photography, Everyone Must Be Announced , at independent book stores, museums, and galleries. Distribution of the title is in partnership with Distributed Art Publishers (DAP). 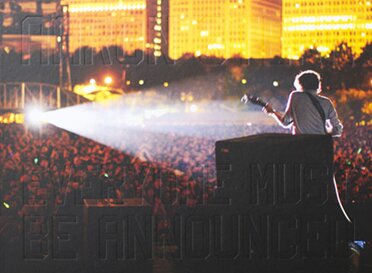 April 2012 - If you're fortunate enough to visit our studio, you'll likely be greeted Ampy the Ampersand. Ampy enjoys tending to his succulents, revisiting the first Ace Ventura film, and a quiet evening with a glass of Redbreast 15-yr every-so-often. He dislikes Bill Belichick's sideline attire, the art world's pretentiousness, and Jack Johnson's entire catalog. He also requested to note he is currently single. 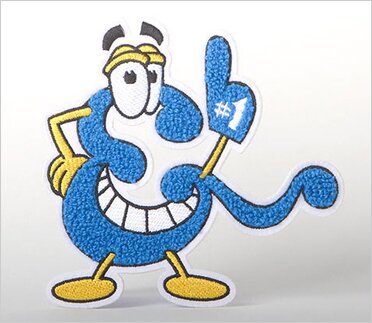 June 2012 - In partnership with the CFDA, Edition 01, and the New York Mets, a select number of S&H baseball tees are released. No, we are not Mets fans (everyone asks), but then again, we're really not baseball fans in general. If we were MLB loyalists, it would be difficult to root against Mr Met. He seems like the kinda guy you'd love to kick it with, right?

January 2013 - Shipley & Halmos celebrates 5 years in business and 20 collections shipped to lovely folks just like you.

March 2013 - Interviews, films, playlists, short stories, drawings, and other news can be found under S&H Creative. If you haven't visited yet, scroll on up to the top bar and get your browse on.

June 2013 - Sam and Jeff are appointed design directors for the relaunch of Haspel, the 100+ year old American menswear brand credited for inventing the seersucker suit. In addition to tailored clothing, a full sportswear collection will debut for the Spring 2014 season. 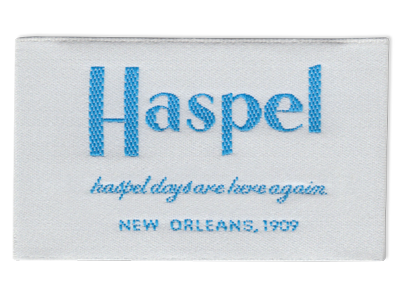